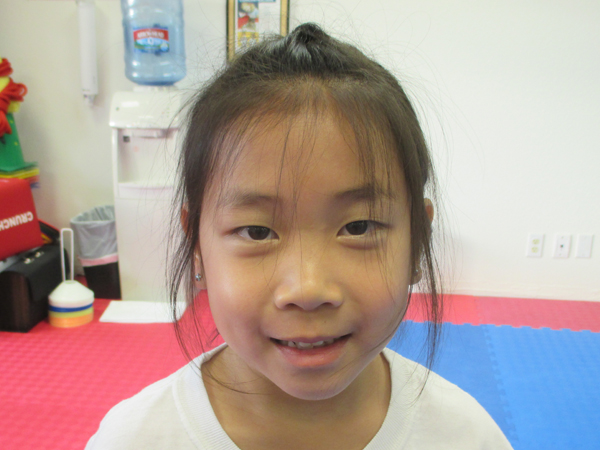 April 2015 Student of the Month

Avery started with AASD in November of 2014. After witching her Brother Cole train, Avery couldn’t wait to get started. As a yellow belt, Avery sets an example of dedication and focus others should try and emulate. Always giving 100% and then some, Avery can be counted on to challenge herself for perfection.

Among the things Avery enjoys, sparring seems to be one of her best attributes. Sifu Rick and staff is certain Avery is on the road to Black Belt excellence.

We would like to salute Avery’s parents Egan & Katherine for all their support of not only Avery, but of our Black belt school as well!

The Benefits of Martial Arts

The practice of martial arts originated in East Asia more than 2,000 years ago and has since grown to about 200 individual types practiced by approximately 100 million people worldwide. Studies of martial arts generally agree on one thing: no matter what style you teach or train in and regardless of the age of the student, everyone benefits from martial arts training. Here are some of the important benefits of martial arts.

Self-discipline
Self-discipline is achieved when students develop a positive correlation between their actions and the achievement of reward. We work to teach students the personal value of self-discipline. Over time, that self-discipline is less of an effort as it becomes a crucial part of the way we live our lives. These new behavioral patterns help student reach their goals in a reasonable time frame, overcome negative habits, and follow through on their decisions.

Self-confidence
Self-confidence develops as individuals begin to feel more competent, and it brings with it a feeling of achievement. Student’s self-confidence will boost because of their achievements as they learn new techniques and earn their next belt level. A large part of any martial arts training focuses on self-defense, and these new capabilities also contribute to a feeling of self-confidence. Self-confidence, combined with better judgment, integrity and overall improvement in lifestyle, brings out a positive attitude.

Respect
One of the most important concepts taught in martial arts training is respect. Students learn to respect their instructors, each other, and themselves. Respect is often missing in many facets of today’s society. For children, improvements in social and interpersonal behavior can be directly linked to their progression in martial arts class.

Self-control
Self-control refers to the ability to discipline yourself. Applying that discipline results in the ability to accomplish tasks or to adopt positive patterns of behavior. A variety of studies have shown that a more developed sense of self-control is possible in students who study the martial arts.

Physical Accomplishments
There are many physical benefits that accompany the study of martial arts. A few examples are:

Self-defense
Knowing that you or your loved ones have the skills and confidence to protect themselves in self-defense situations brings a unique peace of mind. Martial arts training teaches students to be alert and aware, while giving them the tools they need to defend themselves in a physical altercation.

It’s April and, in some parts of the world, that means warmer temperatures and the beginning of spring fever. For those of us in the Western Hemisphere, the month starts off gloomy and cold, but it’s said that April showers bring May flowers. Throughout the month, the days get longer and warmer, so it’s a good month to begin gardening or just spending more time outdoors.

Plants, trees, and flowers seem to come alive this month, so its no surprise that April — once called Aprillis — derives its name from the Latin verb Aperire, meaning “to open.” April also brings an end to winter — the season that sees the biggest spike in depression rates. Traditionally, we give bright, happy flowers — like daisies and sweet peas — this month, a tradition that might have been influenced by the happiness and hope associated with spring.