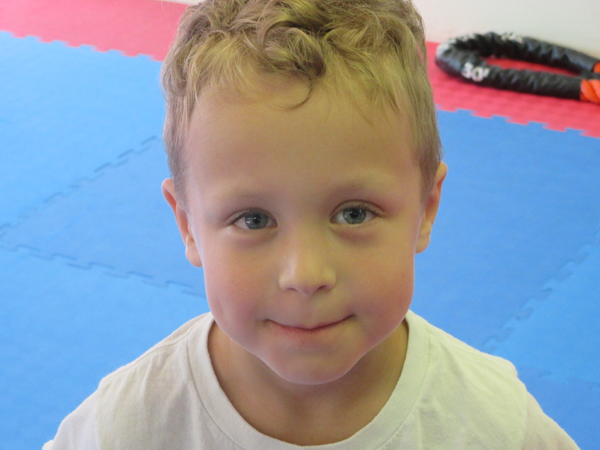 Jonathan started with AASD in February of 2015. As a little Dragon, Jonathan has displayed effort and concentration much greater than his age. Always giving 100%, Jonathan exceeds the expectations of Sifu Rick and staff. Sparring, along with forms, are just a few of the things Jonathan enjoys.

Sifu rick & staff are confident that Jonathan will be in the Black Belt club as soon as eligible and on his way to becoming a great Black belt. Job well done Jonathan!!!!

The Benefits of Exercise

Why do you exercise? Is it to lose weight, to build muscle mass, or to increase your cardiovascular health? While these are all great incentives, there are many additional benefits. Too often, we focus on specific goals, and we overlook the gradual, positive changes that occur when exercise is part of our routines.

Improved mood — Exercise releases endorphins, which create feelings of happiness and euphoria. Studies have shown that exercise can help alleviate symptoms among the clinically depressed.

Reduced stress — Exercise can increase norepinephrine, a chemical that helps manage the brain’s response to stress. Working out can reduce stress and boost the body’s ability to deal with existing mental and physical pressures.

Reduced physical effect of aging — Exercise may actually work on a cellular level to reverse our aging process according to a 2010 study from the University of California — San Francisco. Researchers found that stressed-out women who exercised for an average of 45 minutes a day over a three day period had cells that showed fewer signs of aging compared to women who were stressed and inactive.

Improved immune system — Doctors have found that exercise can strengthen your immune system by boosting the cells in your body to help fight off diseases — even something as common as the cold or flu.

Finally, having a regular exercise routine can be contagious. Studies have shown that, when you exercise, your friends and family are more inclined to get in shape as well.

The brain has a huge job, and it’s not just thinking and creating. It controls our conscious and unconscious activities and is active 24-hours-a-day, seven days a week. It’s also responsible for all of our motor functions, including movement, balance and breathing. Our brains are constantly absorbing, processing, storing and recalling information thanks to the millions of neurons that communicate with each other non-stop.

Our brains are hard-wired to work constantly, without our awareness. Scientists and doctors have studied the human brain for decades and still understand very little about its complexity. One of the most impressive facts about our brains is their ability to compensate for an injury or loss. If the developing brain of a young person is permanently injured, it is possible for other parts of the brain to take over some of the tasks that once belonged to the damaged area. This is because several of the brain’s pathways perform similar functions.